Montessori Integrated School in the Philippines is happy to partner with Nisai Virtual Academy to offer home schooling to Filipino learners. Nisai Virtual Academy is an online education provider based in the United Kingdom. It is affiliated with Cambridge Assessment International Education, which is part of the University of Cambridge.

As a Cambridge International School, the Nisai Group offers Cambridge qualifications to students within the UK and internationally. Daniel has been studying with Nisai since 2016 and is now doing the Cambridge IGCSE in Combined Science through the Nisai Virtual Academy.

The IGCSE is the world’s most popular curriculum for 14 – 16-year olds. It offers learners, including those whose first language is not English, a variety of routes and subjects to suit diverse abilities.

Daniel has been diagnosed with ASD, ADHD and Tourette syndrome and has always struggled with school despite being academically capable. Both mainstream and special schools caused Daniel high levels of anxiety and he was often unable to attend. Daniel has described Nisai as “like waking up from a nightmare” and he has felt much happier studying through their online platform.

Karen, Daniel’s mother said: “The Cambridge IGCSE was a perfect fit for Daniel as it did not require him to attend a school for sessions throughout the year as other science courses would. He is enjoying the course very much and seems to be doing well.”

“Ours is a very common story among families of children with ASD though sadly not all are as lucky as we have been, we are grateful every day that we found a way for Daniel to get an excellent education in a way that suits him so well.”

Peter Monteath, Regional Director, Europe at Cambridge International said: “Cambridge IGCSEs are designed to be adapted to students’ learning styles and we were delighted to hear that Daniel has been able to access Cambridge IGCSE Combined Science online through Nisai Virtual Academy. The award gives learners an understanding of Biology, Chemistry and Physics, while also developing an understanding of the scientific skills essential for further study. We wish Daniel all the best as he works towards this Cambridge IGCSE. In doing so, he joins tens of thousands of other leaners worldwide.”

Dhruv Patel, CEO of Nisai commented: “We are very pleased to have been able to help Daniel find his perfect learning path. Our online platform coupled with the support from Cambridge International means we can offer our students quality education no matter what their background or geographical location.”

For more information about Nisai’s brand of education, you can look them up at
https://www.nisai.com 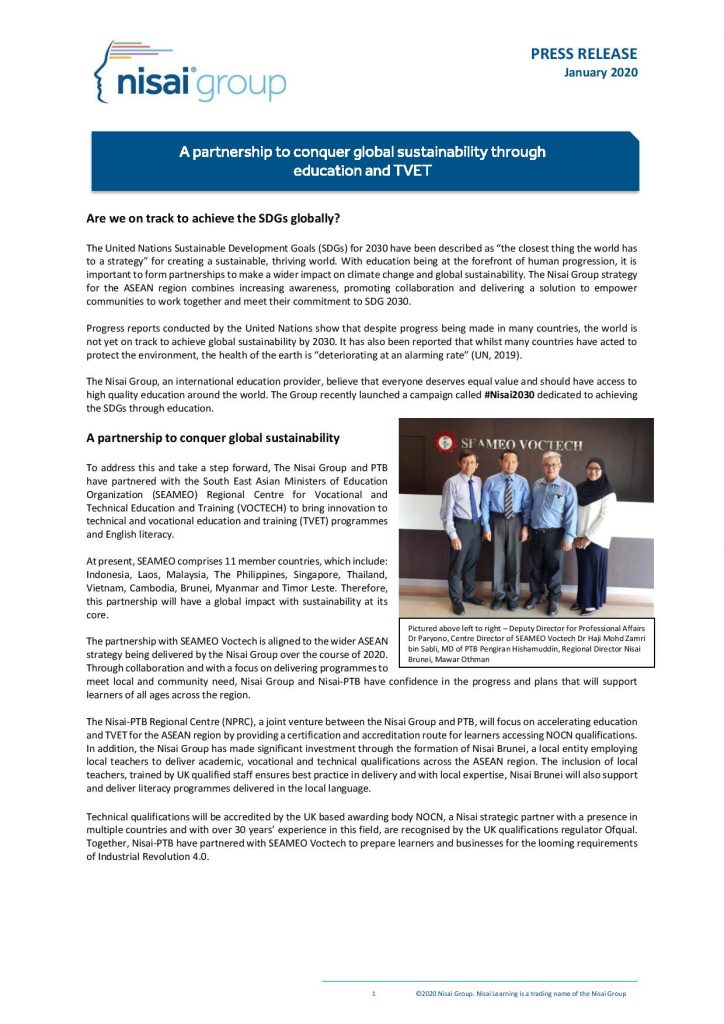 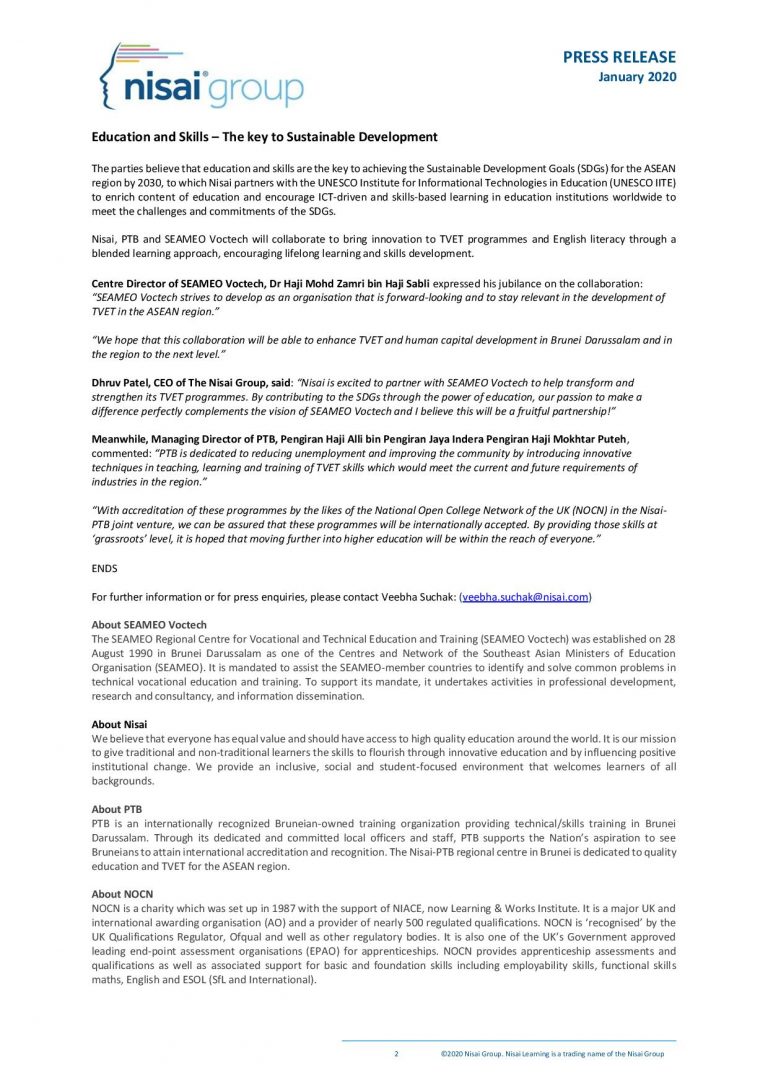